Whether golfing, relaxing by the pool, or canoeing in the Croatan National Forest, New Bern offers the perfect balance of small town charm and unexpected adventure. As North Carolina’s second oldest city, it remains a vibrant community whose waters are constantly in use by those fishing, sailing, and peacefully enjoying its natural beauty. With a Historic Downtown that boasts beautiful gardens, stately homes, timeless museums, quaint shops, cozy restaurants and lively entertainment, there’s something for everyone in New Bern. See more of what New Bern has to offer
Visit New Bern

Founded in 1710, New Bern was settled by Swiss and German adventurers led by Baron Christopher de Graffenried from Bern, Switzerland. Royal Governor William Tryon made this seaport the colonial capitol. His restored 18th-century capitol and residence, Tryon Palace, dominates a thirteen-acre garden complex that includes several historical landmarks in the heart of the city.

A major port and trading center in the 1800s, New Bern was captured and occupied by the Union Army after a fierce battle on March 14, 1862. New Bern has three historic districts with homes, stores, and churches dating as far back as the early 18th century. In fact, there are 36 individual listings and more than 150 sites included in the National Register of Historic Places.

New Bern’s colorful history includes many other fascinating facts. Our city flag honors the mother-daughter relationship with Bern, Switzerland. The flag’s bear motif, which dates from the Middle Ages, can be found on city buildings, vehicles, and uniforms. The original flag, a gift from the residents of Bern in 1896, is on display in the courtroom of City Hall.

Pepsi Cola, first known as Brad’s Drink, was created in 1898 at Bradham’s Pharmacy at Middle and Pollock Streets by the young Caleb Bradham.

New Bern was one of the earliest cities in the nation—after Boston and Philadelphia—to recognize and celebrate Independence Day.

The Baxter Street Clock is a restoration, and one of the few turn-of-the-century, four-faced street clocks still in use in America. 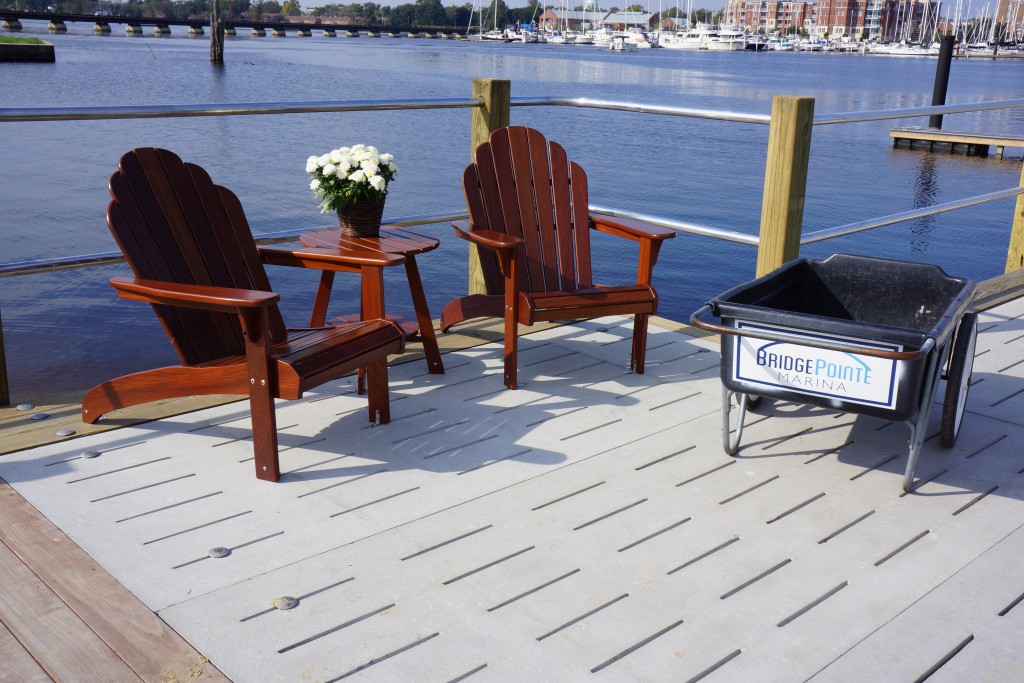 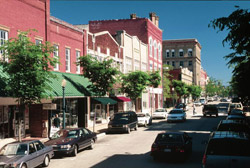 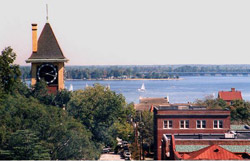 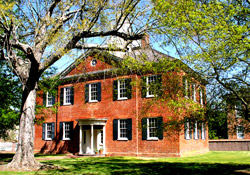 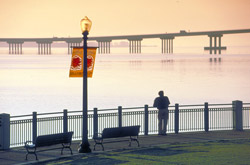 The Lady Blessington Cannon can be found embedded in the sidewalk at the corner of the Christ Church fence. It was taken from a British ship during the Revolution and was used as a surveyor’s landmark in laying out the city.

Religion has always played an important role in city history, and church graveyards chronicle the lives of the early settlers. Christ Church parish was established in 1715, and the first church building was constructed in 1750. King George II of England gave the church a silver communion service, a prayer book, and a Bible in 1752 that are still in use. The second church was destroyed in a fire that swept away several buildings in the late 1870s, and today’s church was built on the old foundations. Stones in the graveyard date back before 1800. First Presbyterian Church, established in 1817, was used as a hospital and lookout during the Civil War. The belfry still shows carved names and initials of Union soldiers. One of the founding members of the church was an African American woman. Cedar Grove Cemetery has the graves of Confederates who died in the Battle of New Bern, and the National Cemetery holds the remains of Union soldiers and veterans of later wars.

New Bern is also home to several fine museums. The Firemen’s Museum has restored equipment and displays honoring more than two centuries of firefighters. The New Bern Academy, built circa 1806, is the oldest chartered school in the state and is now a museum that houses artifacts which focus on education, architecture, and the Civil War.

The centerpiece of our restored historic district is Tryon Palace, restored home of British Governor William Tryon, who had his magnificent showplace built in 1770. The elegant Georgian style mansion served as both home of the governor and the capitol of the Colony of North Carolina. After the Revolutionary War, Tryon Palace became the capitol of the independent State of North Carolina.

Restored to its 18th-century glory, Tryon Palace is furnished with an outstanding collection of antiques and art. The grounds are devoted to extensive gardens ranging from English formal gardens to a kitchen garden to wilderness garden areas. The complex includes two contrasting homes of exceptional beauty: the John Wright Stanly House (c. 1783), a stately home built by the Revolutionary War patriot, and the Dixon-Stevenson House (c. 1830), a prominent Federal style home noted for its rare Neo-Classical antiques. Interpreters in period costumes conduct tours all year, and each landmark has a marvelous story to tell. An audio-visual orientation program and crafts demonstrations – including cooking in the Tryon Palace kitchen, blacksmithing, and basket weaving – are offered daily. Visit his regal gardens when the tulips or chrysanthemums are in bloom, or watch history come alive during the summer Historic Drama Tours. Better yet, have a very old-fashioned Christmas when the Palace decks its halls with authentic greenery and fresh fruit displays. There are a number of annual special events, such as the Christmas Celebration Tours; Christmas Candlelight Tours; The King’s Birthday; Chrysanthemum Festival; spring, summer, and fall flower displays; and Summer Drama Tours.